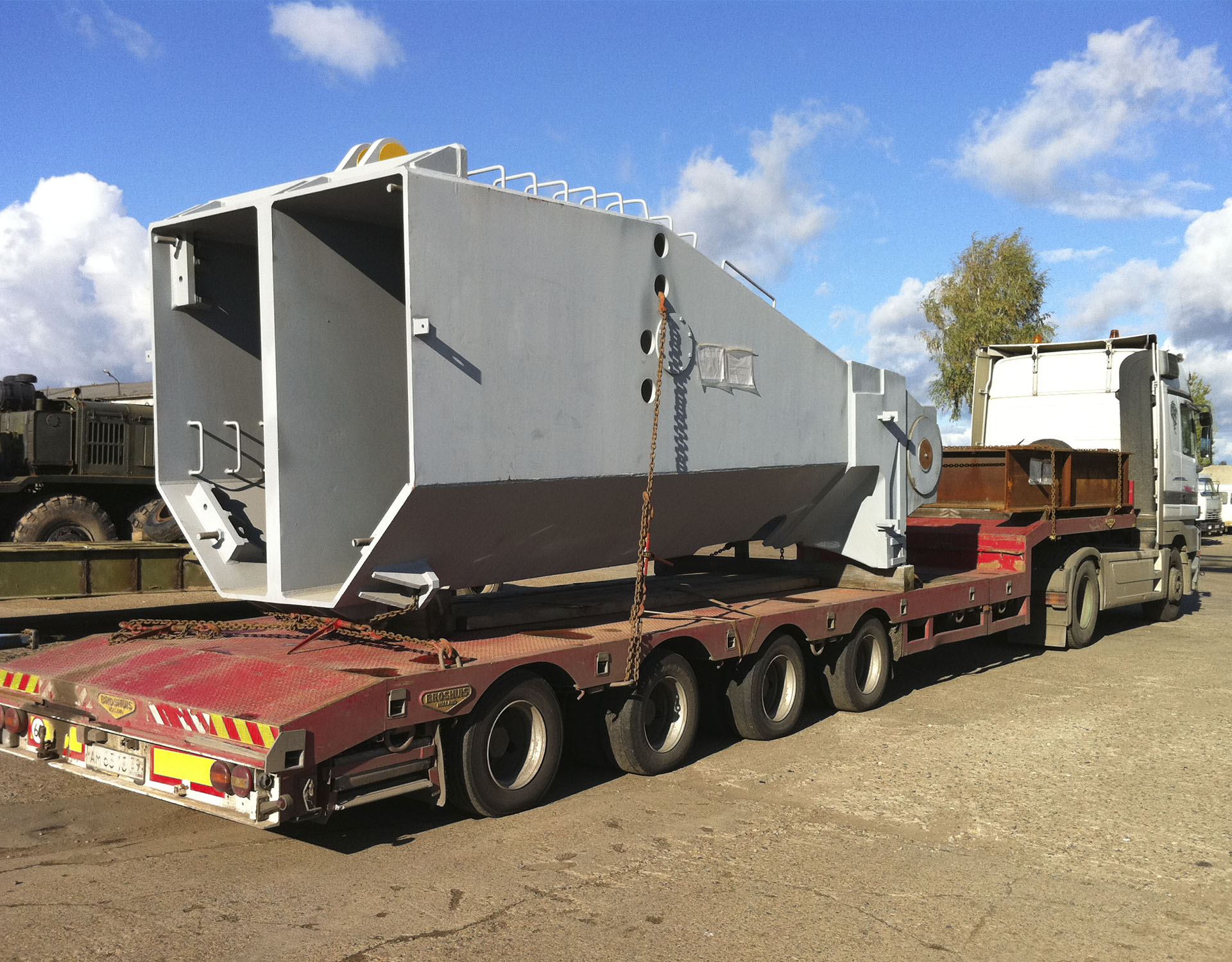 In 2009-2010 DAKO Group delivered a cement plant. The respective machinery was supplied from different countries of Europe and Asia up to th jobsite of Chelyabinsk Metallurgical works, Chelyabinsk Russia.

Total volume of the shipment amounted to 2 370 tons. Over 400 packages were carried by land and multimodally.

Total number of trucks delivering the machinery equaled nearly 140 vehicles.
Some parts of the equipment weighed up to 100 tons having up to 6 meter width.