In October 2019, DAKOTRANS JSC carried out home transportation of bulky and heavy cargo inside Russia.

The cargo was a reactor with a total mass of 810 tons, and with a mass of a road train of 1 015 tons and transport dimensions: length 47 meters, width 7 meters and 8.5 meters height. The list of activities of DAKOTRANS JSC included the delivery of the reactor from the place of shipment to the river pier, followed by transshipment to a barge and delivery to the port of Nizhnekamsk, 17 km from which the place of delivery was located.

The river pier was not far from St. Petersburg. The total distance from the loading point to the port was 16 km, while having on its way several 90-degree turns, the passage of which was carefully planned due to the significant dimensions of the cargo. Also on the chosen delivery route were two railway crossings, for the passage of which special permits and additional work were required to block the railway line. A police escort would be organized in connection with the closure of roads for the duration of the cargo.

When he reached the river port, the reactor was loaded onto the RoRo barge, which was to deliver this cargo to the port of Nizhnekamsk, the total distance between the ports was about 2,000 km, which the barge covered in 12 days.

To transport this large-sized reactor, specialized equipment was used at each stage of transportation, both for installation and fastening on a barge, and for passing ground sections of the track. 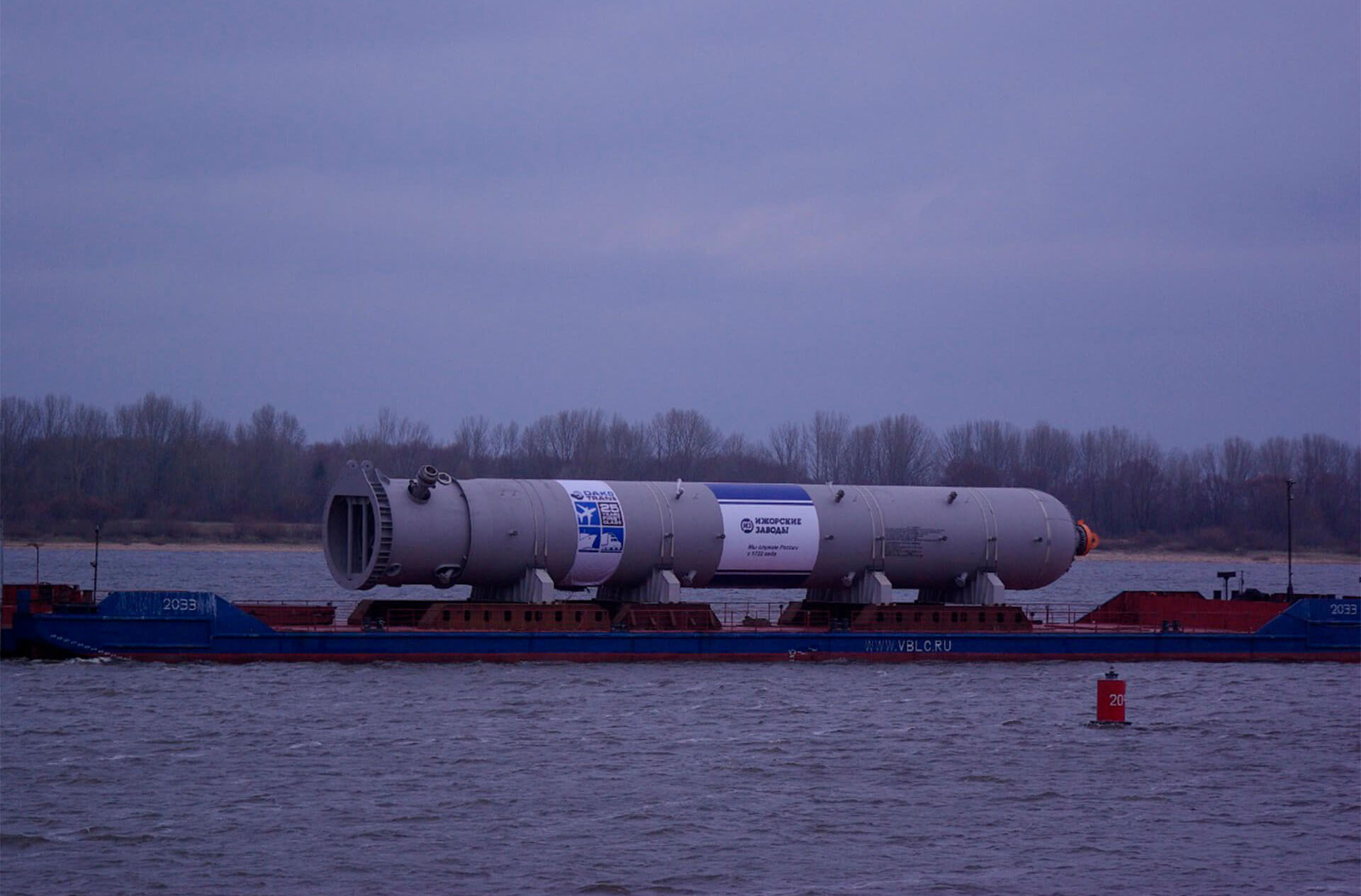 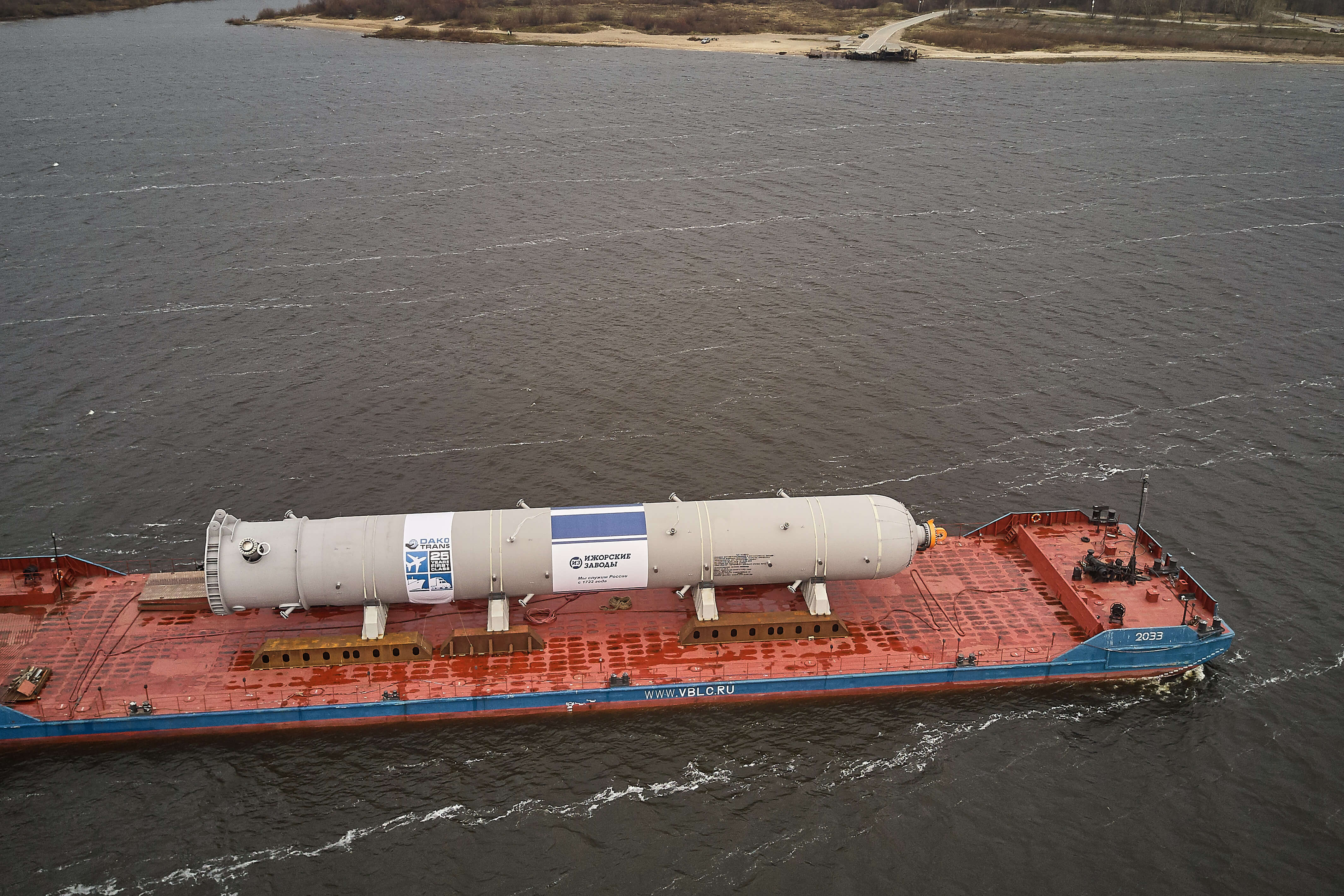 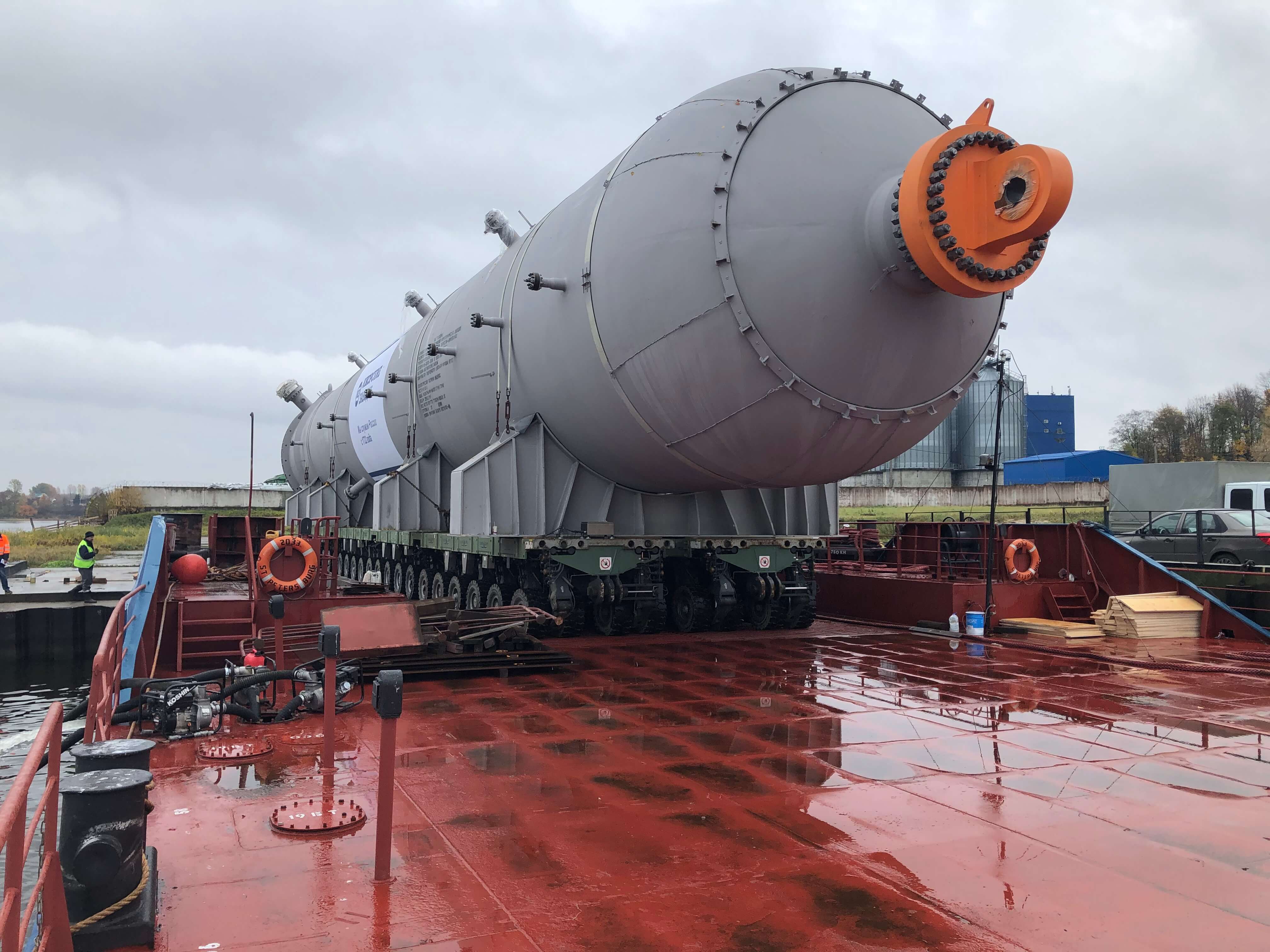 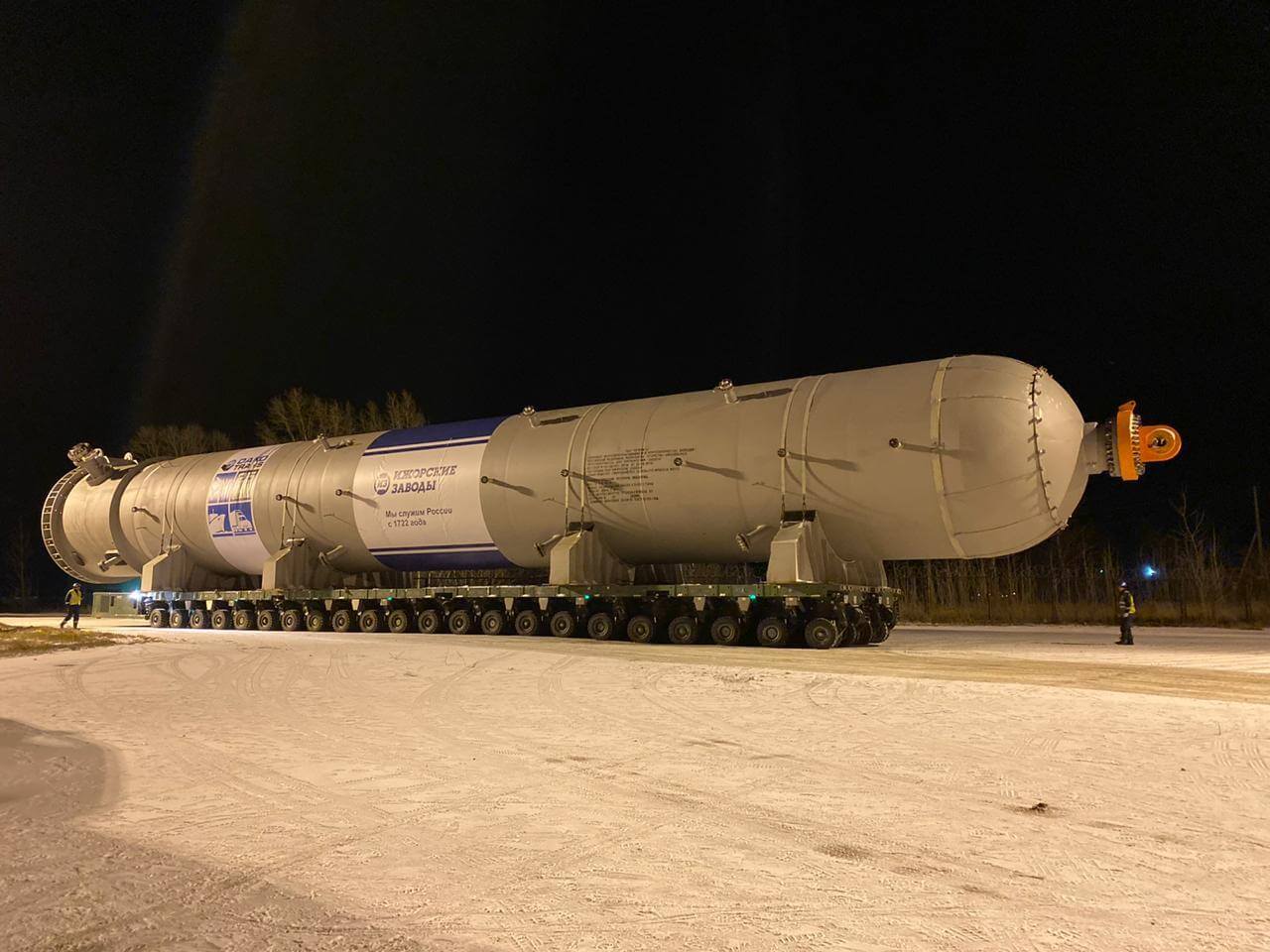 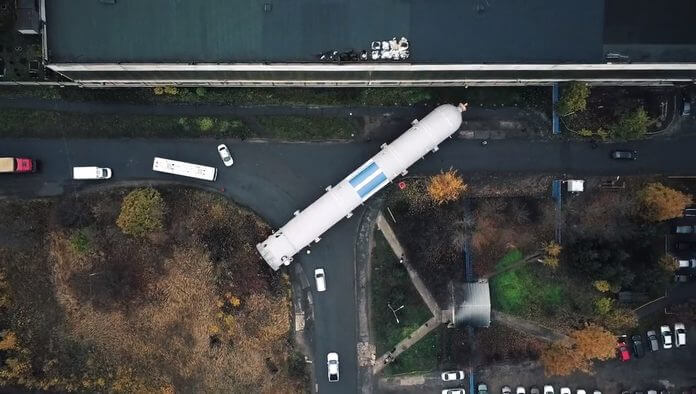